CONVERSATIONS ON RACE: Moving Out of My Cocoon

During my time with the Peace and Justice Institute, I have had a plethora of good experiences. This is especially true of the ones that dealt with social justice. One such experience was from the Desmond Tutu Peace Foundation’s Conversations on Race workshop. It has stood out to me as the most interesting and one of the most profound experiences during my tenure as a PJI Ambassador.

When the presentation that declared race as a construction of human design and culture was shown, it was a rather shocking revelation that piqued my interest to actually think about how there truly wasn’t much of a real biological alteration that dictated race. We are human after all, but we are also so different and unique at the same time. We were asked to move in to small groups of approximately four to five people and urged to have different races in our group. The majority of the event comprised of prompts appearing on the screen with instructions for each member in the small group to discuss their stories and personal experiences.

You can show people the statistics and provide logic, however, nothing can truly compare to another person’s experience firsthand when they regale some of the difficult situations they faced or the injustice they may have seen. After I heard these personal experiences it was easy for me to empathize with them and I felt like it helped me to better understand this issue that I had removed myself from without being detached or cynical. END_OF_DOCUMENT_TOKEN_TO_BE_REPLACED

The Reality of War

Of course, war and the large military establishments are the greatest sources of violence in the world. Whether their purpose is defensive or offensive, these vast powerful organizations exist solely to kill human beings. We should think carefully about the reality of war. Most of us have been conditioned to regard military combat as exciting and glamorous – an opportunity for men to prove their competence and courage. Since armies are legal, we feel that war is acceptable; in general, nobody feels that war is criminal or that accepting it is criminal attitude. In fact, we have been brainwashed. War is neither glamorous nor attractive. It is monstrous. Its very nature is one of tragedy and suffering. END_OF_DOCUMENT_TOKEN_TO_BE_REPLACED

We are in uncharted territory. Never before have representatives of the entire human family had the opportunity to sit down together and collectively change the trajectory of our species and our earth.

Leaders of the world’s nations gathered for the 2015 Paris Climate Conference this week will (for the first time in 21 years of United Nations climate negotiations) seek to achieve a universal, legally binding and enforceable agreement on climate change. Their goal is to limit global warming to less than 2°C above pre-industrial levels. END_OF_DOCUMENT_TOKEN_TO_BE_REPLACED

At the end of this month, all diplomatic roads will lead to Paris for a global summit on the looming catastrophe of drastic and irreversible climate change. On its present course, man-made climate change will destroy the livelihoods of a quarter of the world’s people and hundreds of millions of them will be in Africa.

That being the case, one would expect African leaders to be seizing every opportunity to lobby and organise to ensure that the continent presses its case resolutely. Instead, there is an air of fatalism and despondency. END_OF_DOCUMENT_TOKEN_TO_BE_REPLACED

“All the white people in the room, raise your hand.” As I sat in a classroom on Valencia College campus, I looked around as I and the other caucasians or predominantly caucasian people timidly raised their hand, fearing what was going to come out of the mouth Niso Tutu, the teenaged granddaughter of Archbishop Desmond Tutu. “You all have ‘white privilege’. This isn’t a bad thing, you need to use it to make this world a better place.” END_OF_DOCUMENT_TOKEN_TO_BE_REPLACED

10 Pieces of Wisdom from Desmond Tutu on his Birthday

Note:  This article was originally posted on The Wisdom Daily site. This post was updated from an earlier post on this site. 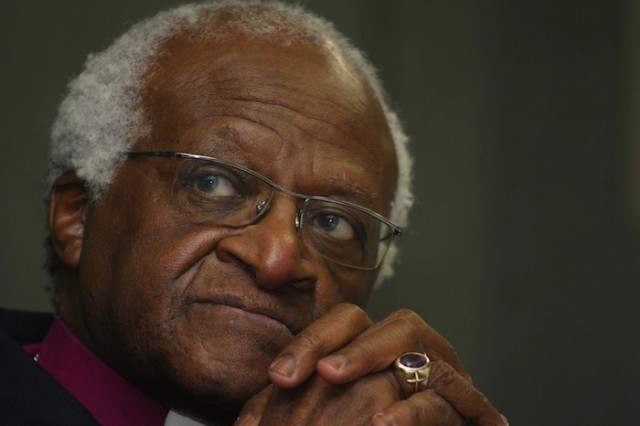 Today – October 7 – is Nobel Peace Laureate Archbishop Desmond Tutu’s 84th birthday.  I have the honor of serving on the Board of The Desmond Tutu Peace Foundation (DTPF)  whose mission is to help provide tools to create peace within, among and between people. Peace-making or what I call Peace-ing is an ongoing daily practice of attending to our own self and our ever widening webs of relationships that are our families, our communities and the diverse people of the world. Meeting Archbishop Tutu, hearing him speak and teach is an extraordinary experience in witnessing humility, wisdom, courage, humor, trust and love – he embodies fierce grace! In celebrating Tutu’s birthday the gift Tutu surely wants most is for people to work a bit harder on what is the really big idea: creating better people.